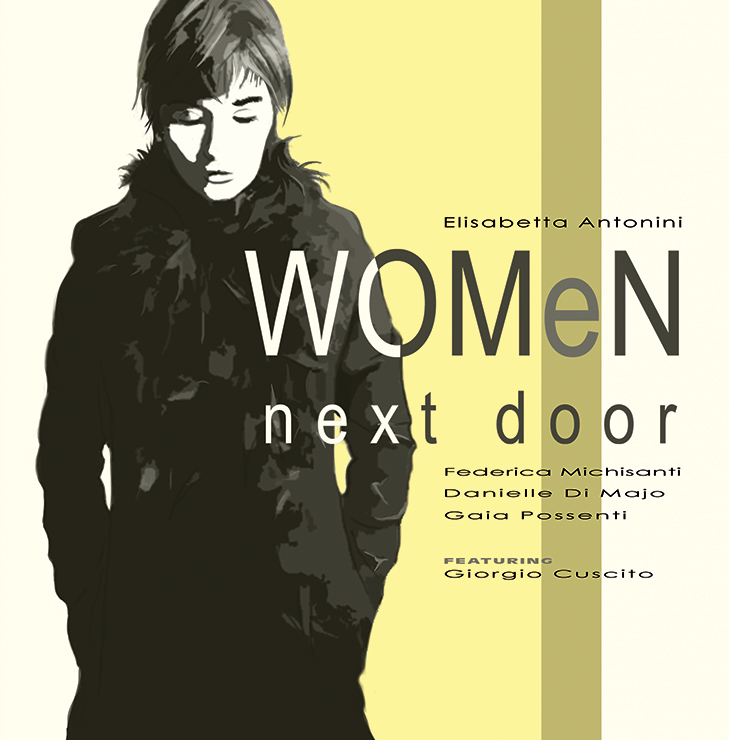 Available now on:
Update Required To play the media you will need to either update your browser to a recent version or update your Flash plugin.

Vocalist Elisabetta Antonini gives life to a new project, Women Next Door, dedicated entirely to the Jazz of the 1950s. These were the wonderful years in which George Shearing lit up the long nights from Manhattan to the West Coast when Frank Sinatra captured the hearts of legions of both young and old people while singing and acting in some of Hollywood’s most famous masterpieces. Meanwhile, Nat King Cole was enchanting crowds with his velvet voice while the pulsing rhythms of his trio played venues all over the United States, Louis Armstong was writing the indelible pages of jazz history, and the unmatched voices of Anita O’Day, Billie Holiday and Ella Fitzgerald were being recorded with the world’s most prestigious orchestras for the first LPs, featuring songs which would become the pillars of vocal jazz.

With an all-female cast, Women Next Door remembers these magnificent artists and their unforgettable performances, and pays tribute to the great jazz writers of the day, centering on the expressive power of those melodies and the freshness of those lyrics with a set of genuine “pearls of jazz”, played in the elegant and provocatively relaxed style of the period. In addition to the live project, an album of the same name, Women Next Door, was recorded, with the addition of the extraordinary Giorgio Cuscito on vibes.